Sneak Peeks of Calliope and Severus

Sweet Ragdoll pair, Calliope and Severus happen to be 5 month old brother and sister. Calliope is a Blue Point Ragdoll and Severus is a Lilac Mitted Ragdoll. Calliope is a gorgeous girl who was a little quiet when she first arrived home as a kitten but is now often referred to as ‘Trouble!’ Lol  She adores looking for fun in any place she can and is known for spreading toilet paper all over the house! Calliope just loves her toys – so much so that she walks around the house with them in her mouth! Her favourite toy is a feather wand which she loves to put into hiding places that Mum can’t find and take off her! Such a cheeky girl, Calliope! As well as looking for trouble, Miss Calliope also looks for company and has a complete adoration for her Shar-Pei! Severus is just a cool customer who is quite happy with the life of a cat where he can simply eat and sleep his days away! The total opposite of his sister! Severus is a ‘King’ who is happy for everything to come to him rather than him making the effort to go after anything! Haha  Severus loves to play but rather than chase, he will just put his paws on to the toy to catch it rather than follow it! Severus doesn’t do much and certainly isn’t the most active of boys but is a totally gorgeous and chilled out member of the family. What an adorable kitty duo you are, Calliope and Severus! 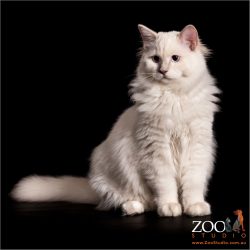 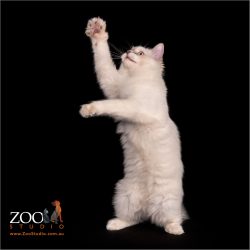