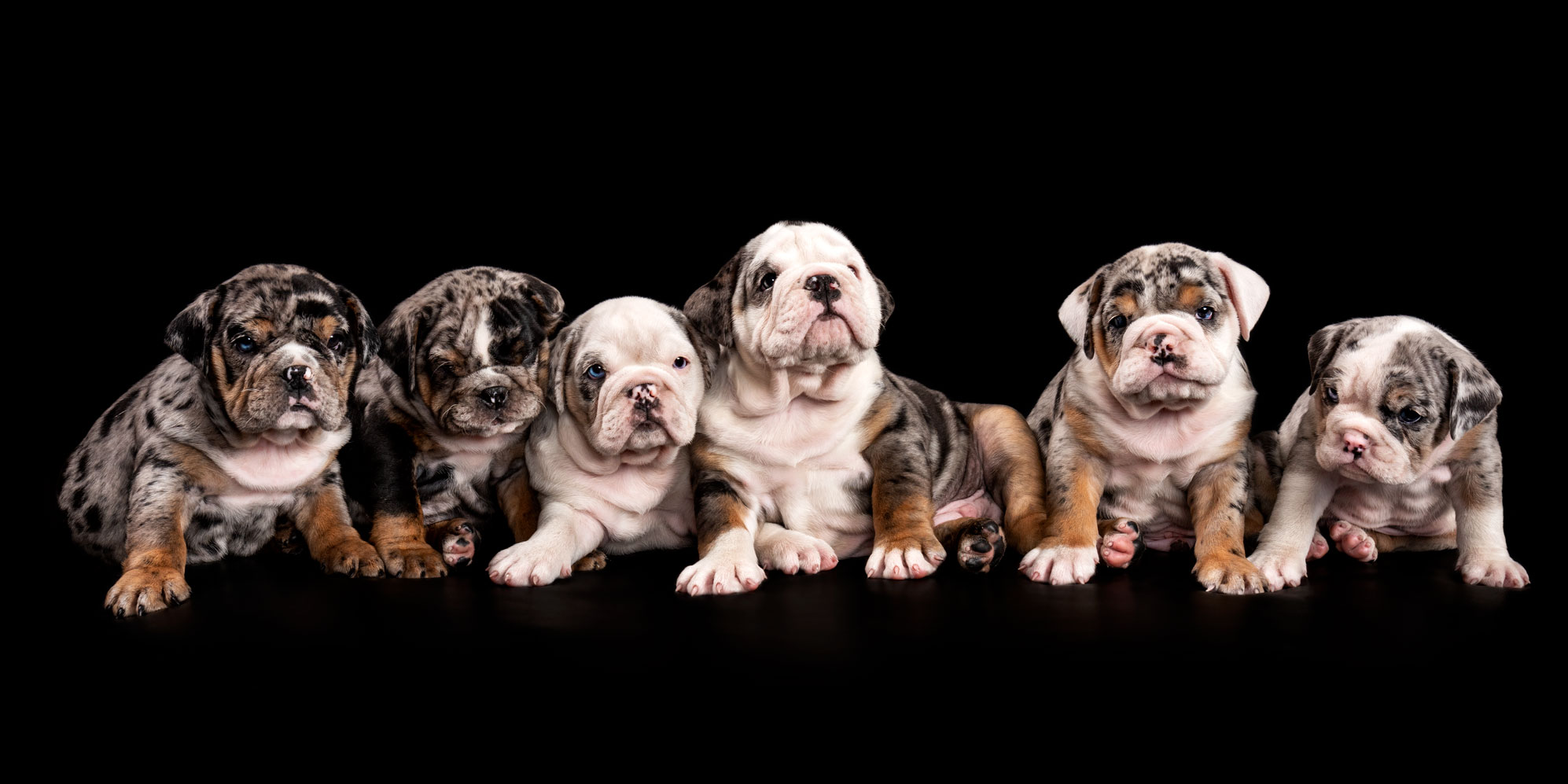 Here we have a gorgeous litter of six Australian Bulldog puppies with Merle colouring and amazingly beautiful eyes! This litter of pure Bully cuteness are unique and funny but yet to fully grow into what will undoubtedly be personalities pawsonified! It is rare for a full litter of puppies to be born with the ‘Merle’ colouring as genetically both parents cannot be this colour. These little puppies are only six weeks old and comprise of Black Magic who is male and is a dark Merle coloured brindle with a black patch on his head and is the largest of the litter. Venus is a female and is dark Merle with brindle points and a small white patch on her nose. Paisley is a female who is light Merle and white coloured with Merle patches on both her ears. Spike is a male Merle with white colouring and with one white front paw and a Merle patch on his right ear. Blue Moon is a male and is light Merle and white and is the smallest of the litter. Voo Doo is a female and is very dark Merle and white with brindle points and she has a white blaze down her nose and very dark patches all over. Individually these little sweethearts are striking but all together, they are out of this world!! 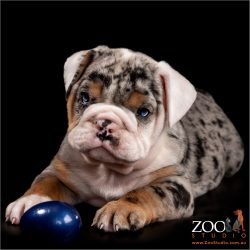