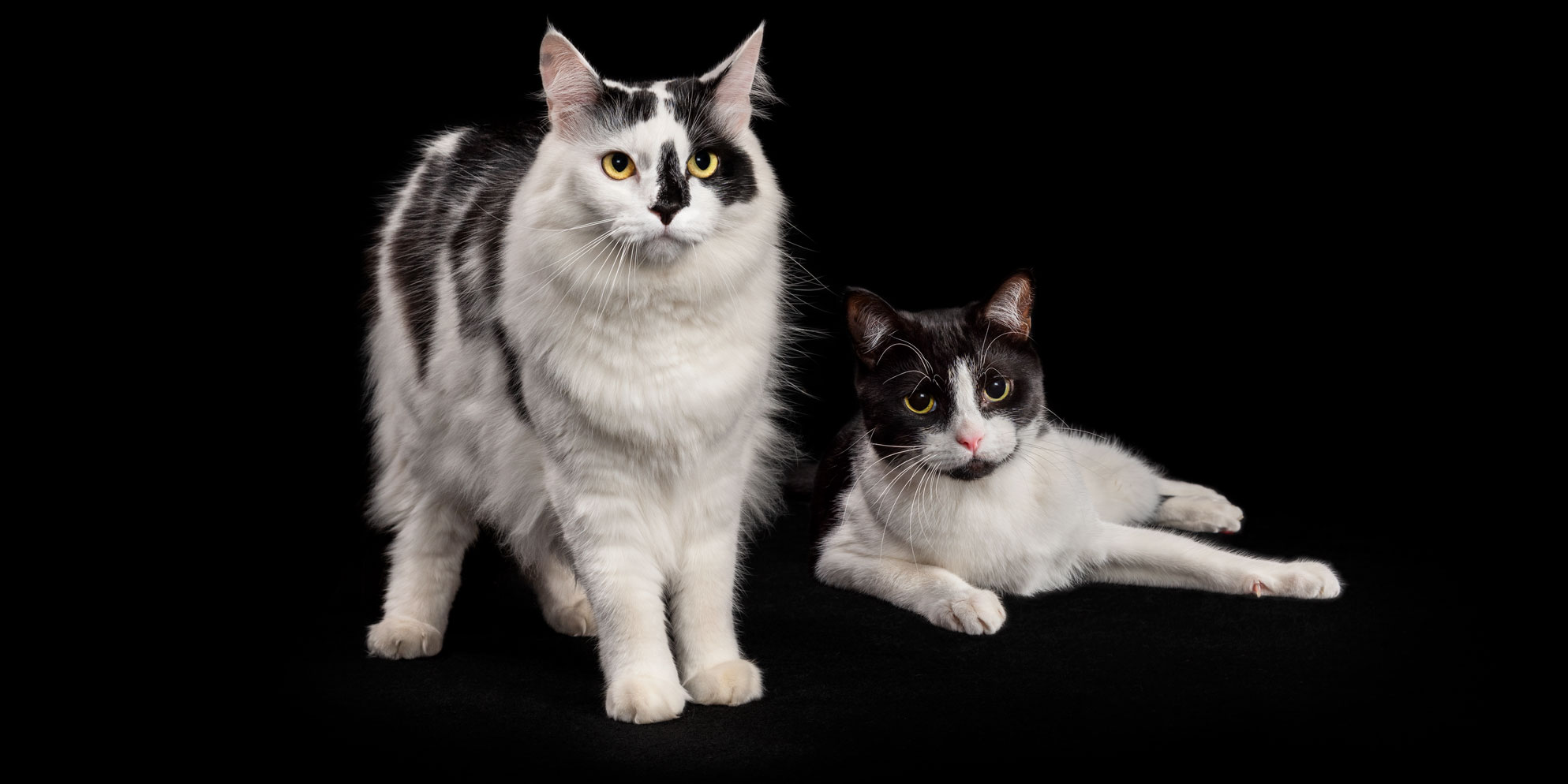 Sneak Peeks of Kevin and Stuart

Lovable feline pair, Kevin and Stuart, are very special to each other and to the family! Kevin is a 3yo white and black DSH and Stuart is a 2yo black and white DSH. Kevin is a gentle soul who is affectionate, loving and kind, especially to his little brother Stuart. Kevin came into the family as a very young kitten along with his sister as rescues. He loves to play and has the most fun with boxes and shredding tissue paper! Kev has an adorable way of doing this and he will actually hold the paper in his front paws while tearing it up! Kevin is one very special young man as he was only 18 months old when Stuart came into the family as a 2 day old orphan and from the first day, Kevin became the caring and protective older brother and adored him on the spot! Stuart is also a typical young cat who loves to play! Although he can only play at ground level due to some restrictions, this does not stop him loving a good play session! His favourites are string and tassle toys which he will bash pretty hard with his gorgeous paws. He is a seriously affectionate and loving young man and loves nothing more than cuddling up and purring as loud as he can. Stu is ‘food obsessed’ and he will snack on just about any kind of dry food and especially loves his bickies! Stuart completely adores his big brother Kevin and he can usually be found not far from him especially during sleep times where they will curl up together and look ridiculously adorable! 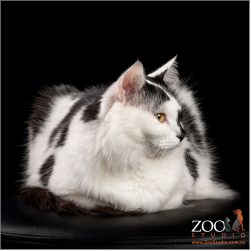 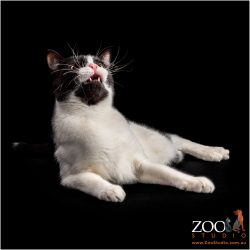 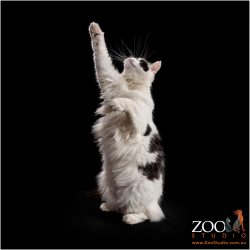