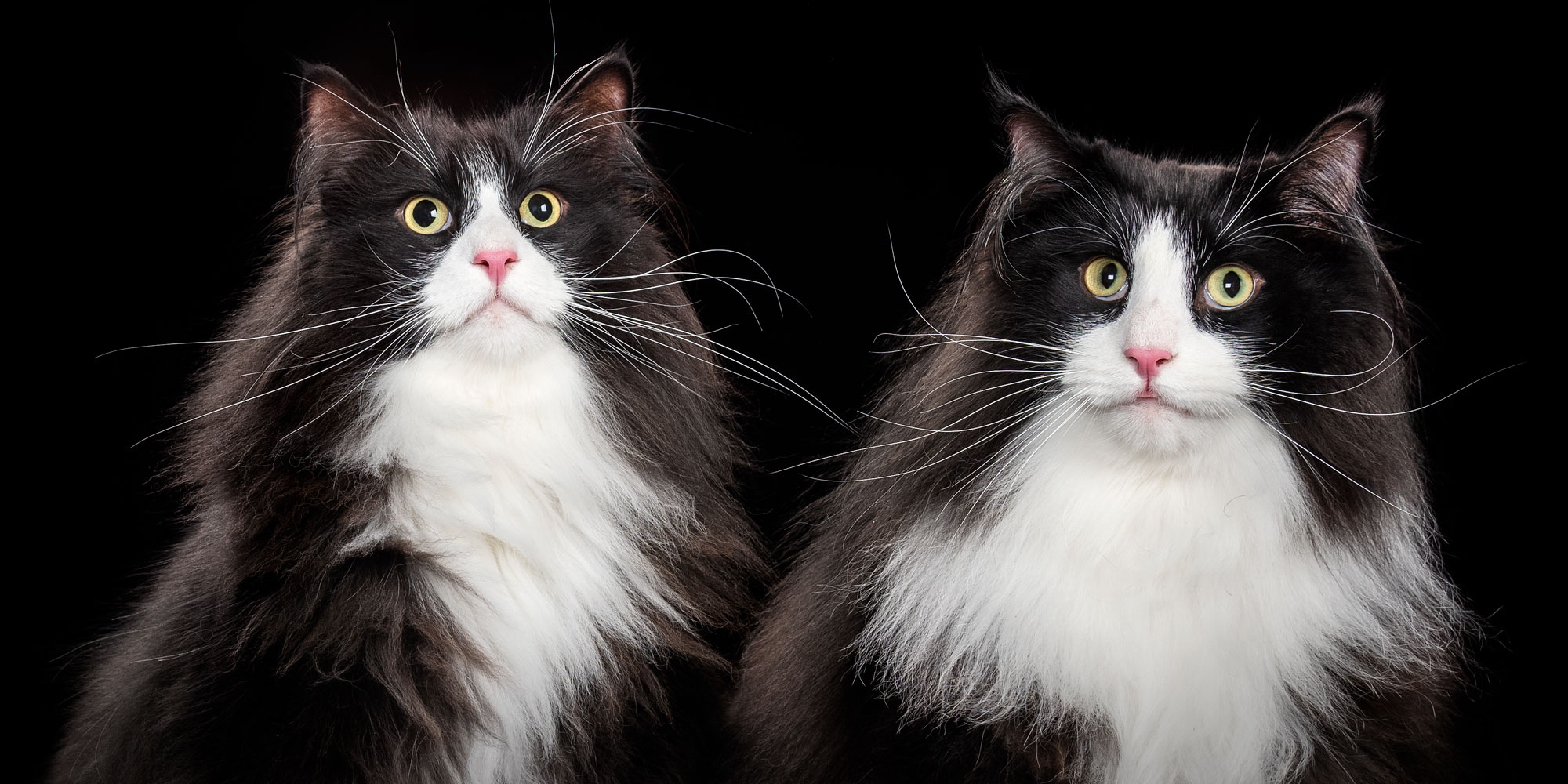 Sneak Peeks of Rivor and Pierre

We begin 2019 with beautiful bombshell father and son pair, Rivor and Pierre. They are black and white Norwegian Forest cats with Rivor being 5yo, a little larger with white legs while Pierre is 3yo with black legs. Rivor came to his Mum from New Zealand as one of her stud boys and he fathered a couple of litters. Rivor is the more reserved of the two boys but once he is comfortable, he will be friendly and playful like most Norwegians. When he is in the mood, he will race around the house with Pierre but what he really loves is to sit and watch birds or the family pet Bearded Dragon!
Pierre is described as a ‘playful clown’ who loves people and is a real smoocher who will do anything for his family. He loves to look for adventure and will often be tearing around the house with his Persian brother, Willie, in search of mischief! He is also a clever little man working out how to open the sliding door on the back door! Such a cheeky boy, Pierre! He also loves to sprawl out on the bed when he can find room. One thing is for certain that these two are such an adorable kitty pair! 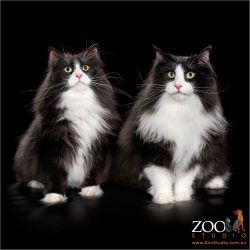 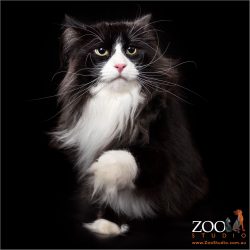 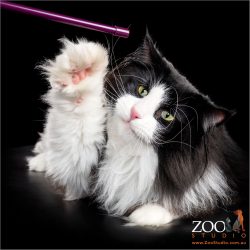 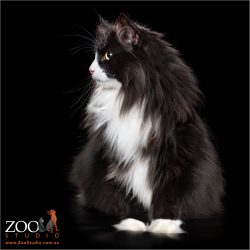 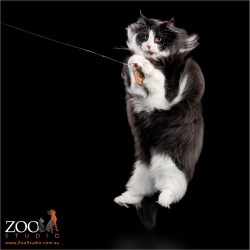