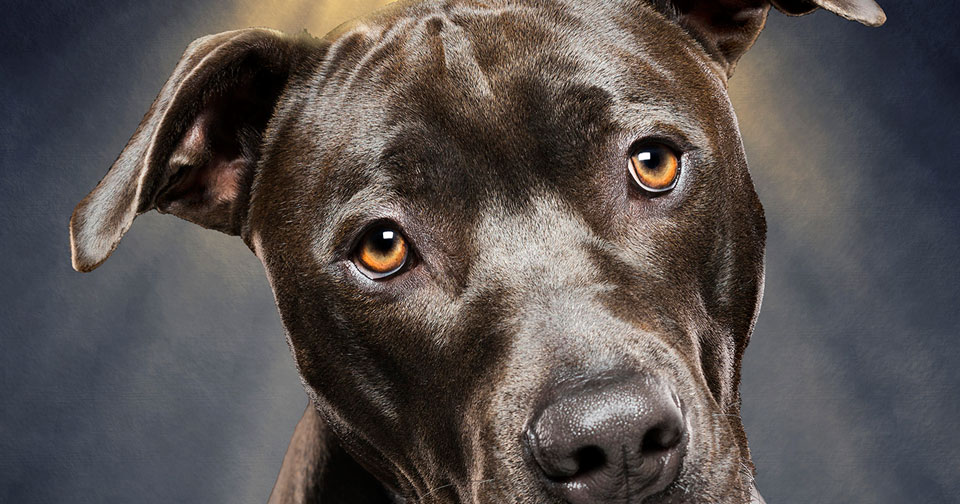 We recently posted a message on Facebook linking to a page promoting a peaceful rally on July 19th protesting against BSL. I know a lot of you dont even know what BSL is, so I thought I would write a Blog piece explaining what BSL is all about, and why we disagree so strongly with it.

BSL stands for Breed Specific Legislation, and means that Countries, Counties, Cities, Shires, Boroughs and States around the world have passed laws that ban a breed or breeds of dogs, or bans dogs that conform to a certain way of looking. These breeds are often selected on the fact that “they were bred for violence” or “they were bred for killing”. BSL laws were were based on public opinion, which in turn was based on highly graphic and frequently inaccurate media reports blaming a rising violence amongst our dog populations as being down to a single breed (or group of breeds, depending on where you are from) called the Pit Bull Terrier.

So why do we oppose BSL? There are a number of reasons; one absolutely huge reason and way too many very good reasons. I will list a few of them here.

1. Because BSL doesn’t work  There isn’t a single jurisdiction on the planet that has seen an actual drop in dog attacks since BSL has been implemented. Not one. In fact the reverse is true, jurisdictions that have implemented BSL have seen an INCREASE in the number of dog attacks. BSL does not keep us or our children safer. That is a very good reason for opposing BSL, but not our major reason.

2. So apparently the Pit Bull is the only dog ‘bred for violence’ or ‘bred for killing’? Really? I think people need to check their dog history! When dogs domesticated themselves 20,000 years or so ago, they made a deal with man. Their deal was to help protect the camp, to help in the hunt, and to share the spoils. Lots of dog breeds as we know them today have a history for specific hunting or protection tasks, including all Terriers, Hounds, Bully breeds and Mastiff breeds. Ironically the Pit Bull was specifically bred to be non aggressive to Humans; who in their right mind would try and pull a fighting dog out of a pit if there was a likelyhood that the dog would turn on them? Kids have been seriously injured or killed because they have been taught that only dogs that look like Pit Bulls can be aggressive. But all of this ignores the main point – experts agree that the breed of a dog is a very poor indicator of aggression.  This is a very good reason for opposing BSL, but its not the main reason.

3. Its important to remember that serious dog aggression is very, very rare; you are more likely to be killed by balloons, buckets of water, ladders, Flu, meteors, snakes, bees, sharks, lightening strikes, cars, extreme heat, extreme cold, bicycles, your own parents, ride on mowers, stairs, vending machines, mosquitos, shopping, fishing, or television than you are by a dog. Those are all very good reasons not to ban Pit Bulls, but still not our most important reason.

4. There is a place in the world that has not just halved but quartered their effective dog bite statistics, by replacing BSL with laws that punnish the owners of agressive dogs, whatever the breed, and educate their population on how to look after dogs, how to act around dogs, and what to do if attacked by a dog. That place is called Calgary in Canada, their laws have been called the Calgary Model  and their success is being replicated in other places around the world. Because of their lack of BSL, their doggy population has a disproportionally high rate of Pit Bulls, but yet the number of attacks goes down each year. This is a place where their children, their people are safer. Now this is an excellent reason for not supporting BSL, but still it isnt our main reason.

5. Many areas have repealed BSL laws having tried them, found they don’t work, and found that they are hugely expensive to implement and maintain (and yes, it’s us who pays for it via taxes). Italy and The Netherlands have both repealed BSL in recent years. Lower Saxony in Germany repealed BSL laws after scientific behavioural testing showed there was little or no difference in aggressive behaviour between Golden Retrievers and Pit Bulls (or any other breeds on the BSL list including American Staffies, Dobermans and Rottweilers). In Australia, BSL banning German Shepherds was repealed in the 1970s after 43 years. Many states and cities in the USA have repealed BSL, and 16 States have banned BSL being enacted. President Obama is against BSL. Here in Australia, the RSPCA, Australian Vetinary Association, Association of Pet Dog Trainers, National Dog Trainers Federation, Australian Companion Animal Council, Australian National Kennel Council, Pets Australia, are all against BSL. More good reasons for opposing BSL, but still not our most important reason.

But its time to get to the main reason, our absolutely huge reason, and we are afraid its a very selfish one. We are scared for our boy. 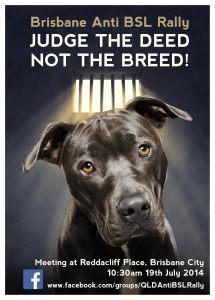 We could have easily written another 50 good reasons, and maybe one day we will. But its time to get to the main reason, our absolutely huge reason, and we are afraid its a very selfish one. We are scared for our boy. Our boy is Bollo, a German Shepherd (banned in Australia’s first BSL from the 1930s to 70s) X Rottweiler (on the BSL banned lists in many jurisdictions around the world). We are worried that our politicians, instead of looking around the world for working best practice and finding out about Calgary, will do the typical politician thing and expand the current non working legislation and we could find ourselves living in a State or Country where our boy is declared a restricted breed. Living in a house that could be invaded at any moment, our boy taken away and imprisoned, killed. Living in a place where our beautiful Bollo is not free to go out in public, to dog training, to gain critical socialisation, to sniff, to smell, to live. We will do anything to avoid living in that place.